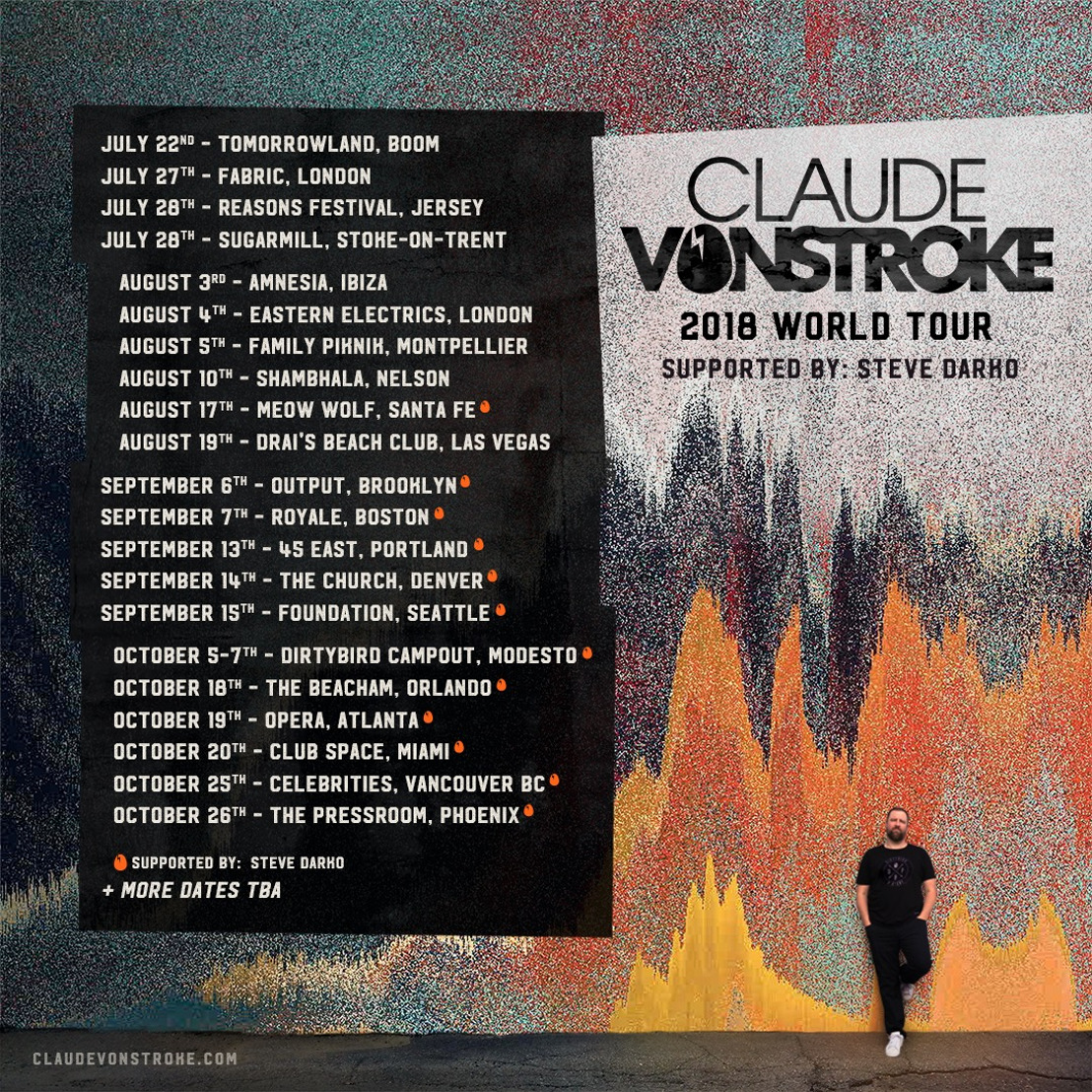 The tour announcement comes in the wake of Claude VonStroke’s unparalleled project ‘Claude VonStroke: Live in Detroit”, a live compilation album recorded during his 2018 headlining set at Movement Detroit. VonStroke spent four months A+Ring the mix and pre-clearing nearly 150 tracks as well as signing several new artists to Dirtybird in the process. Watch a mini-doc on the album’s inception here.

“I’ve played Movement more than 10 times, and every time it’s one of the most nerve-racking shows of the year. I always want to bring the hottest possible set for Detroit, it’s where it all started, and my parents always come watch. My set is very much an old-school style DJ set, all music no-one’s heard before, special versions, secret edits, all the stuff I’ve been saving just for this performance. It seems crazy to release a mix album in today’s world, but the amount of incredible original music I have collected from both known and unknown producers will make this something people can get really excited about.”

Claude VonStroke has also decided to have rising producer, Steve Darko, on as direct support for the upcoming World Tour.

Steve, who is one of the very first producers that has the ability to work gritty techno qualities into the Dirtybird aesthetic, is also the newest client of Motherbird management headed up by Claude VonStroke and Aundy Crenshaw, themselves.

Steve Darko started out fiddling the strings of guitar and bass at an early age and was quickly onto producing Hip-Hop beats throughout his teenage years. He now develops software for leading plug-in brand Izotope and creates music that straddles the line between idiosyncratic and club-friendly.

Watch this space for more dates and music from Claude VonStroke.